It's an exciting time in Stevenage's future. As people start to return to the town centre there is much more than normality on the horizon 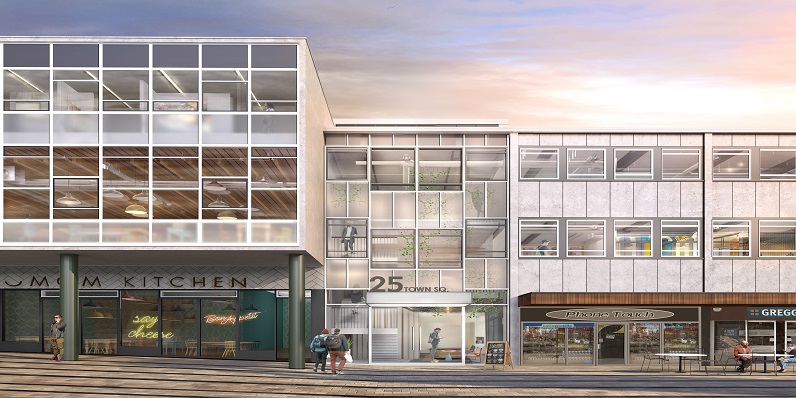 It’s an exciting time in Stevenage’s future. As people start to return to the town centre it brings a new sense that normality might just be returning.

But, for the Herts town, there is much more on the horizon.

After redevelopment plans fell apart in the past, most notably in 2008 after the financial crisis, we’re now years into a decades-long project to breathe new life into the town.

As coronavirus shut construction sites this time around, it was hard not to feel a little sense of dread that 2008 was happening all over again.

Luckily, it appears that it’ll be little more than a blip with construction resumed again on most of the projects – including the Town Square and the £50m transformation of Queensway North

£1bn will be spent on Stevenage over the next 20 years, with the redevelopments primarily focusing on underused space and forgotten parts of town.

The project is being spearheaded by established construction companies Reef and Mace, who were recently involved with the new Tottenham Hotspur Stadium.

That means there should be little disruption for established businesses as the area around them improves. It’s a win-win for everyone.

One main question mark is whether this project is being done to benefit the people who have lived in Stevenage for years or to appeal to commuters wanting to escape London.

However, this was quickly disputed by the Council Leader Sharon Taylor, who pointed out the benefits for local people throughout the process and once it’s completed.

Cllr Taylor said: “The Stevenage Works project, which works with the construction companies, has a £130,000 grant which means we will have Stevenage people to do the jobs, and that is a really great thing to do.”

And, while there are fears that the area could become a nondescript commuter town, the Leader pointed out plenty of people work in London but join community schemes and charities in the area already and that it’s not as simplistic as that.

A council spokesman, who showed HertsLive around the sites, also argued that while people do move for its access to the capital, Stevenage is a large employer in its own right – including with leading airline manufacturer Airbus and BMW.

There’s also increased office space to bring those companies right into the heart of the town and it means those local businesses in the centre will be benefiting from much higher footfall than they currently have.

The move to bring housing into the town centre should also bring more people to spend – whether it’s in gyms, restaurants or shops once they all fully reopen.

What do the plans involve? 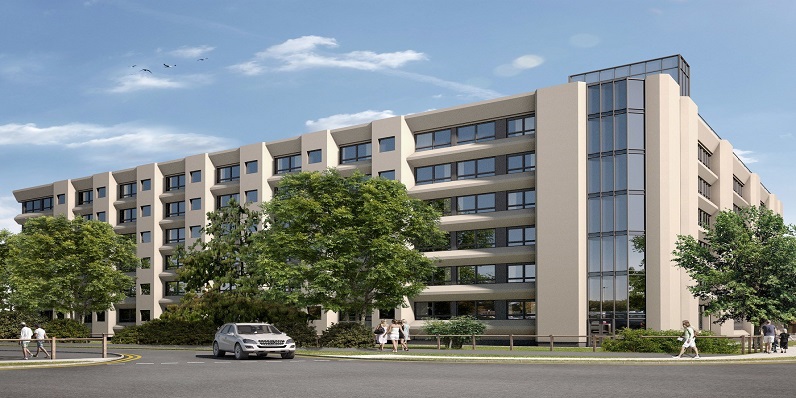 There are 18 different schemes announced so far set to transform the town centre.

The plans completed include Skyline and Brickdale House, and Vista Tower, which have brought much needed housing to the town and helped shake some of the grey tower blocks.

But for visitors to the town it may not be as noticeable yet, while the revamp of Market Place is much improved, it’s not enough to draw people in.

But that should be about to change. Now that the early work has been completed, the more ambitious refitting and rebuilding work is well underway.

Work has been ahead of schedule on the redevelopment of the railway station, with a new bus interchange soon to follow, meaning the first impression of the town will soon be much more impressive.

Then when visitors arrived it’ll be almost unrecognisable to how it is now, with a new pedestrianised boulevard offering a light, modern feel to what is quite a bleak part of the town. Work is expected to begin on that in 2025.

There will also be an almost brand new Town Square, which brings offices to the town centre as well as giving the whole town a much needed lick of paint once it’s completed in the next couple of years.

That involves a £50m refit of the ageing Queensway North, which began early 2019 and will include a town centre gym, with the huge old Marks and Spencer building redesigned to accommodate housing and new shops.

The small team behind the plans are all local to Stevenage, which has ensured the plans bear in mind what has worked in the past, as well as local gripes – and the response has been overwhelmingly positive.

The benefit of a local team is also that little touches are thought about too – including ensuring the Joyride statue will be completely accessible for the first time in its history.

There’s also a commitment to get rid of the old police station, which is a huge, empty eyesore for most people walking into the town centre.

There is also the commitment of 1,100 new homes being completed by 2021 – with hundreds more to arrive in the years after.

Stevenage remains one of the most affordable places to live in Hertfordshire, and by meeting housing demand that should remain the case despite the vast improvements to the town.

There are also some specific commitments made, including Kenilworth Close which will deliver 236 new homes, with 50% of those being affordable and social rented homes.

One of the most notable new developments already completed is Park Place, which is a sleek modern looking building, but one that has frustrated local people.

Despite being completed in 2019, the retail space has stood largely empty – with just one shop moving in, unfortunately a couple of weeks prior to lockdown.

However, Peter Beard of MBU Capital, who are responsible for the development, said that things have been progressing.

Speaking in March ahead of the lockdown, he pointed out that the sales of the residential properties have been strong.

He said: “There are 202 apartments, of which just over 161 have been sold, and only a few of those still need to be occupied, and the remainder remain for sale using a variety of means –  whether that’s cash or a mortgage or help to buy is still available on them.”

Mr Beard also responded to speculation about whether the empty space indicated that the rental price was too high.

“[Rents] are competitive, we also manage some of the units on Queensway and know the tone of rent in The Forum, so competitively they’re actually below those levels.

“But they are fully respectful that we aren’t on the main pitch, so I’m comfortable with the rates we’ve been attaining pound per square foot from our incoming tenancies.

“I know what we’ve been getting in Park Place is an acceptable rate, we’re happy with what we’ve got.”

Instead, MBU believe there has been a lack of demand across the retail sector but is hopeful once momentum builds around both Park Place and the town, more progress will be made.

Stevenage Even Better also insisted that over the whole town there will be a focus away from traditional retail and onto office space, restaurants and leisure facilities.

That diversity ensures that the town won’t be so dependent on retailers as it has been in the past, while also giving residents a more vibrant town centre experience.

Before the coronavirus lockdown, those involved in the plan boasted about how the work was actually ahead of schedule – almost completely unheard of when it comes to major projects.

That may have now been pushed back slightly but – whisper it quietly – after false dawns in the past, it looks like Stevenage will soon have the town centre it deserves.